With over 60 years of experience, Danley’s has built over 100,000 garages in the Chicagoland Region.

They opened a lumberyard in Westmont, Illinois that year and hired their first employee, Marshall Fisher, who would later go on to lead the company for several years.

Danley’s opened a large Home Center in Gurnee, Illinois in 1970, and the company subsequently opened twelve “Garage Parks” throughout Chicagoland. The facilities were used to showcase the company’s detached garages. As consumers’ purchasing habits shifted over the years, the company transitioned to an in-home consultation model. This also served to aid consumers in navigating the increasingly complex and changing landscape of local building codes.

After a fire in the company’s Westmont headquarters, the company relocated its offices to Stone Park, Illinois. Since that time, the company has operated offices in Chicago, Northbrook, and Elk Grove Village.

The company remains family-owned and operated to this day and continues its reputation as the region’s largest provider of detached garages. 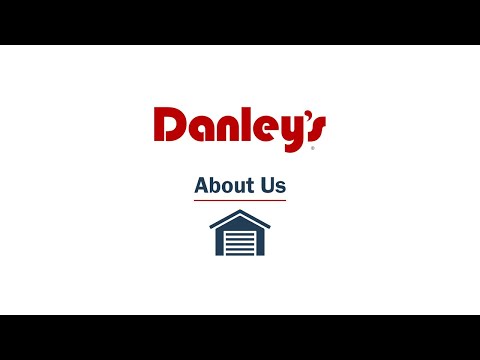 Custom Packages for Your New Garages

Danley’s has been building garages from our custom packages in the Chicagoland area since 1959. We pay close attention to detail, craftsmanship and quality when building your garage from one of our many custom packages.

We will meet your specific needs to build the perfect garage for you. Give us a call at 877-DANLEYS or fill out our online form for a free quote today!

Get a Free Quote!
Lastest from The Garage Blog How to Properly Store All of Your Holiday Decorations in your Garage The first of December brings chilly, snowy nights. The calmness of winter arriving combined with the excitement of... The 5 Most Popular Colors to Paint Your Garage Redecorating or painting your garage can be an exciting, as well as a stressful job. The best idea is to choose... How to Prepare Your Garage for an Emergency People always keep more than just their car in their garage. It has amassed boxes of old trophies, vintage photos, and family... Troubleshooting Faulty Garage Door Springs Many people often use their garage door more than the front one. Because it serves as a primary entry and exit point for your vehicle.... How to Align Garage Door Sensors? Garage doors serve as vital entrances to both residential and commercial properties. Garage door sensors are critical components that help to prevent accidents and... How to Wire a New Garage for an EV Charging Station? Many people are deciding that the time is right to switch to an EV as the all-electric transportation future... How to Properly Seal Your Garage Floor Your garage floor sees a lot of abuse.  Cars, lawnmowers, bikes, and heavy seasonal equipment along with dirt and grime all season long—it’s... How to Make Your Garage Pet-Friendly Your garage can serve many purposes—a place for your cars, a place for your tools, your equipment, your seasonal lawn care machinery, a place... Tips on How to Replace Your Garage Light Bulbs with LEDs Garages are usually musky, damp, dark, and dated spaces.  It’s not their fault.  Many garage spaces were created back... How to Customize Your Garage for Larger Vehicles Older homes have “all the charm,” but they are typically not built for large vehicles.  Back in the day, cars were smaller,... How Do I Properly Store Paint in My Garage? It would be nice to live in a world where you could use the exact amount of paint you purchase for... How Do I Set Up a Workshop in My Garage? Garages can be used for much more than simply parking your cars.  Modern garages have become a mainstay for projects... How to Prepare Your Garage for the Fall After a long summer of lawn mowing, weeding, biking, kayaking, and roller skating, it’s time to tuck many items away for the... How to Build a Garage for an Electric Car Electric cars are no longer just a thought for the future or a passing trend—they’re here to stay.  Even in small... Best Ways to Make That Garage Floor Shine Your garage shouldn’t become the typical damp, musky, and neglected space that defines most garages.  Flooring plays a big role in the... Should Your Garage Have Windows? If your home has its original garage, you might be asking yourself whether or not it should have windows.  Perhaps you’re constructing a new garage... 7 Things You Shouldn’t Store in Your Garage Your garage is a different zone. It’s not like your main house—temperature controlled, enclosed with weather stripping, secured doors and sealed windows,... How to Cool Down Your Garage During the Summer Why does your garage get so hot?  For a lot of older homes, garages were tacked on to obtain extra storage... Eagle Scout Turns to Danley’s In 2016, a young scout working on his capstone project from the Tinley Park area pitched a idea to the Danley’s Executive Team about the...